Panama City, FL-Pineapple Willy's situated in the Florida panhandle, with a pier outside, a gift shop that prints and then sells their own line of souvenir T-shirts, and a packed house from Spring Break throughout the summer vacation season, Pineapple Willy's is unique. So when manager Dan Baird was looking for ways to entice patron store turn to the family owned and operated restaurant & bar, he wanted a promotion that was as unique as this Panama City institution. Custom promotional gold coins fit the bill on all counts. 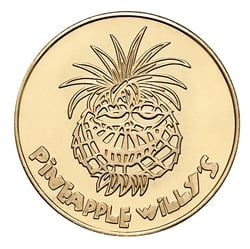 The restaurant has been in continual operation in the same location since 1984. In that time, they have undergone many changes-including weathering hurricanes and tropical storms. And when the storms subsided, they always rebuilt bigger and better than before. Throughout the process, they have tried numerous different marketing and promotional endeavors. Given their prime location, the restaurant is busy from spring break through the summer, so "we are very selective about our advertising" says General Manager Dan Baird. Instead, he prefers promotional tactics with a "WOW" factor." Everyone does coupons, so there is nothing memorable about them," says Baird. In contrast, "everybody that I give the coins to likes them." That has manifested itself in an appreciably higher redemption rate for the coins over coupons. "The ratio on coins is at least 3 to 1 – a huge return," says Baird. "The recycle value is great – when we give them out people are prone to keep one but redeem others - we've been able to recycle them time and again.” While a 3-fold increase in redemption rates is clearly reason enough to consider this promotional opportunity, even the coins which do not return to Pineapple Willies are serving a purpose.” Some people will keep them as good luck charms or mementos – which is great because we're still getting advertising value every time that they show it to someone" comments Baird. How often does that happen with paper coupons?

Baird first saw custom coins at an Advertising Specialty Industry show in Orlando. “We picked up several coins, brought them back and laid them out, and then selected the highest quality," he recalls. Once he selected Cincinnati's Osborne Coinage as a vendor, Baird and crew devised a use for the coins. They had two versions minted –a $5 coin and a coin worth a free drink – either a

domestic or call drink. The $5 coin is good for anything on the property – including food or merchandise. Whoever happens to take the coin (bartender, gift shop, or wait staff) takes the coin back to their station and treats them like cash. "We've probably given away 50 so far and we're getting a really good return rate" says Baird who now wants the coins to look used rather than new. He originally purchased 2,500 of each coin type for a total of 5,000 coins – all with ridged edges to give them a real cash-like effect "I really like the quality-and so do our customers. They say things like "WOW that is a nice big coin!” 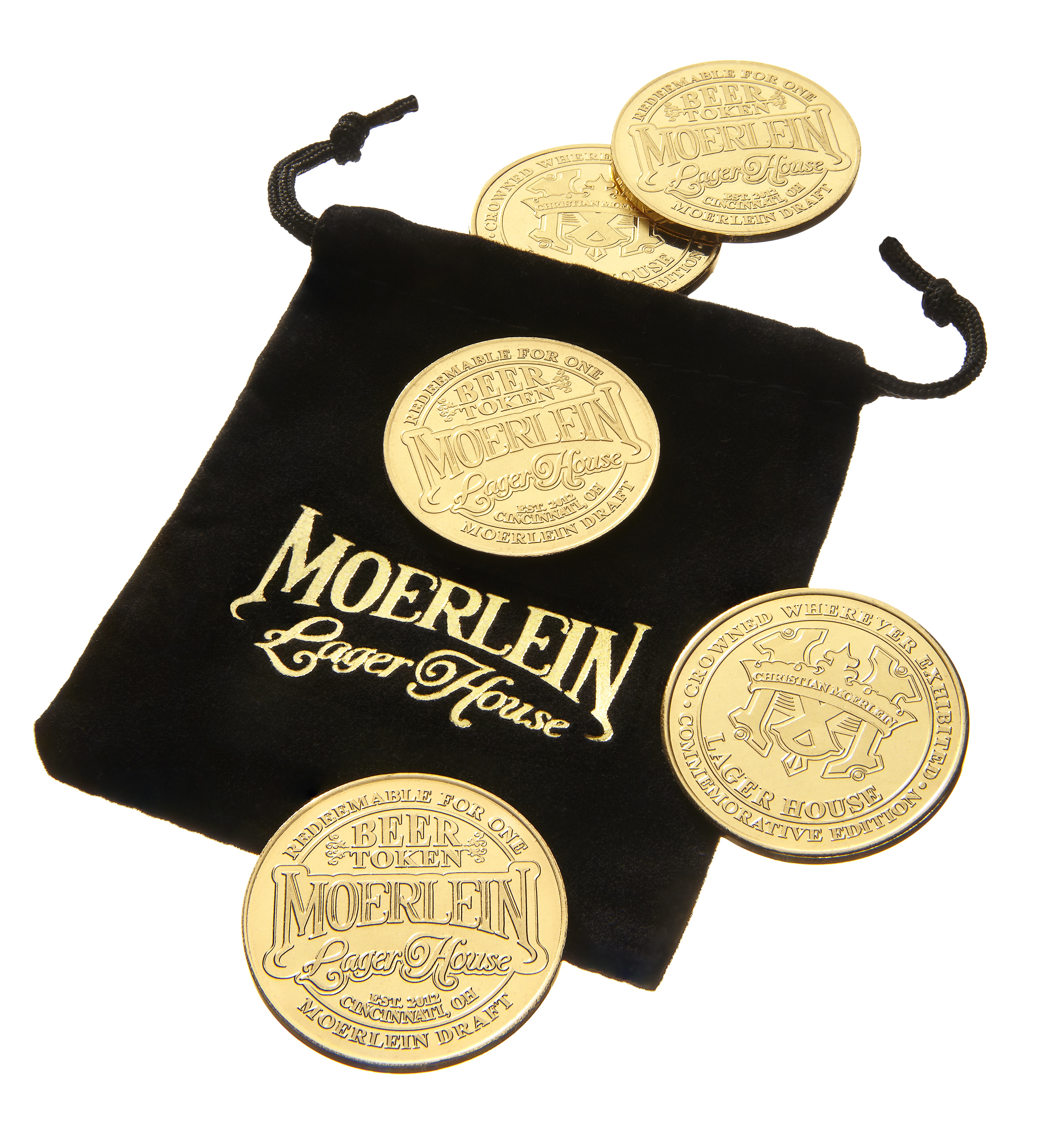