Are Custom Coins a Better Incentive than Cash for Non-Profit Fundraising? 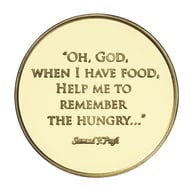 Cincinnati, OH – While there is no secret formula that assures success in direct mail fundraising efforts, most non-profit managers would agree that there are some basic elements to consider.  There is the cover letter of course, the reply device and reply envelope, and typically a premium of some sort to reward or incent the respondent.  All of this is packaged into a carrier envelope.  Often the premium is cash – a quarter or a pair of dimes, maybe even a dollar bill.  In a tough economy non-profit fundraising is harder than ever – so there may be pressure to look at premiums.  Switching from cold hard cash to custom tokens may be a viable solution – a much less expensive alternative that has all of the appeal of cash but at a fraction of the cost.

Premiums –Versus Cash as Incentives

There is certainly an allure to using cash to entice respondents of direct mail programs.  And given the amount of cash-laden mailers that are sent each week it must be working.  Since quarters add heft and weight, using one as a premium ensures that the fundraising mailer will be opened – thus overcoming the first obstacle to successful direct mail campaigns.

One reason that cash is appealing as an incentive is that it has a universally accepted value to all recipients.  A quarter spends the same in Bangor, ME as is does in San Diego, CA – and all parts in between.  Using a premium that is valued by the recipient is another important hurdle to a successful direct mail program.

Premiums are used to try to bolster the response rate.  Typically a 1% response is considered good – so if you send 1,000 fundraising mailers, ten may be sent back with checks.  In a tough economy, this response rate can drop – making cost control even more important.

That brings us to the first opportunity that using non-cash premiums provide – the opportunity for cost savings on the direct mail program.  Recall that quarters have a universally accepted value – but they also have a fixed cost.  Premiums that cost less than a quarter, but provide a similar response rate, allow the non-profit organization to save money while still generating response.

Non-cash premiums offer another advantage as a premium because their uniqueness makes them memorable.  And in the fundraising business, memorable is a good thing.  That’s because even if a recipient does not respond right away to your appeal, they may keep the premium and respond later.  Sending a quarter, on the other hand, will likely mean that the recipient who does not respond right away will spend the quarter and – promptly forget about the appeal.  Score another one for non-cash premiums.

Touched by an Angel

A top internationally recognized relief organization mails over a million direct mail fundraising packages annually, in drops that occur several times throughout the year.  They are constantly testing new list sources (and re-using those which work).  And they test premiums as well.  Their control package includes a double buck reply form with some additional copy, business reply envelope, a prayer card, and a card with a premium affixed.  For the last seven years they have used an Angel token as their control package premium.

“We’ve tested other premiums and frankly the Angel wins hands down” says Lisa Gregory, account manager at AKA Printing and Mailing.  “People want to open the package and they hold onto the token because it has a perceived value” she continues, “and they are very cost effective.”

In this case, the premium’s heft along with an enlargement of the token on the carrier envelope helps to clear the first hurdle – that of getting the envelope opened.  The perceived value of the Angel token elicits a response in line with industry averages and company expectations.  But since the cost savings are dramatically lower – relative to the alternative – the overall savings are dramatic.

The Angel tokens – which are minted by Cincinnati’s Osborne Coinage Company - typically, save about 20-cents per mailer versus the mailer cost using a quarter.  That is a substantial savings when you account for the volume of packages which AKA mails for the client – which varies from 9 million to 18 million pieces annually.  That 20-cent savings multiplied by 9 million mailers nets a savings of about $1.8 million annually.  All things being equal, that is like generating an additional $1,800,000 each year just by using the Angel tokens rather than a quarter (or an alternate premium which costs a quarter).  Conversely, organizations may wish to plow those savings back into the program by sending additional mailers.  Either option – cost savings or increased exposure – is a bonus to the organization.

David Blumenfeld of Osborne Coinage Company shared similar results for the use of tokens in direct mailers.  “A major fundraiser using tokens from Osborne indicated the following performance in a split-test against their control premium.”

Two other mailers reported a 25% lift on an acquisition piece and a 30% lift on a renewal effort when adding tokens to their mailing.  The use of tokens is also appropriate for non-fundraising efforts as well.  “In an A/B split test of a business-to-business lead generation mailing, tokens outperformed the control by as much as 156%” said Blumenfeld.

But not all tokens are created equal!  Beauty may be in the eye of the holder – it is also in the pocketbook of the respondent.  Blumenfeld reports that a customer switched from “ugly tokens” to more aesthetically pleasing ones and was rewarded with a 2:1 increase in response.

“People save tokens when the design resonates with their concerns” comments Blumenfeld.  “Attractive yet simple designs work the best, for instance hearts, crosses and angels are all powerful symbols.  Designs that people value enough to carry in their pocket or purse are ideal.”  It makes sense that a token which is kept and seen daily is more likely to elicit a positive response.

Gregory is quick to point out that since AKA is set up with special equipment like Ga-Vehrens – machines that automatically dispense a glue dot onto the card, and then deposit an Angel token  onto the glue dot – they are ideally suited for this type of mailing program.  They also have an extensive in-house monitoring system of cameras and security since they are often inserting cash into mailers for other clients.

While Gregory certainly appreciates the success of the Angel program, she also points out that each non-profit fundraiser should be approached like the unique entity that they are.

“We start by asking the questions to better understand the organization we’re dealing with.  Are they mission-based or devotional-based and what their current donor profile is” says Gregory.  Armed with this information, she and the AKA team can suggest a program that will suit the goals and objectives.

She recently put together a program for the Capuchins of New Jersey which, though similar in some fashions to Angel mailer, was unique as well.

“The Capuchins are very devotionally based” recalls Gregory, “so we designed a new token for them.  The gold-tone token has a prayer on one side so it has perceived value and a practical use.  And it fits well with their mission and their donor profile.”

But like the Angel-mailer program, the Capuchin mailer also had a cover letter, response device, response letter, and a card with the prayer token – all housed within a carrier envelope.  And like the Angel-mailer program, holding down costs helped the Capuchins achieve success with the prayer token mailer – despite the fact that they sent just 75,000 mailers – a far cry from the million-mailer Angel program.

Cost containment is critical for many endeavors, and certainly non-profit fundraising is not immune to the stresses of rising costs and diminishing returns.  But as these examples show, there are alternatives that can drive down the costs while maintaining the response rates.  And since the premiums have a value after the envelope bringing them has been discarded, then the mailing program has longevity unrivaled by cash-incentive programs, giving them a long-term scope as well as short-term success. 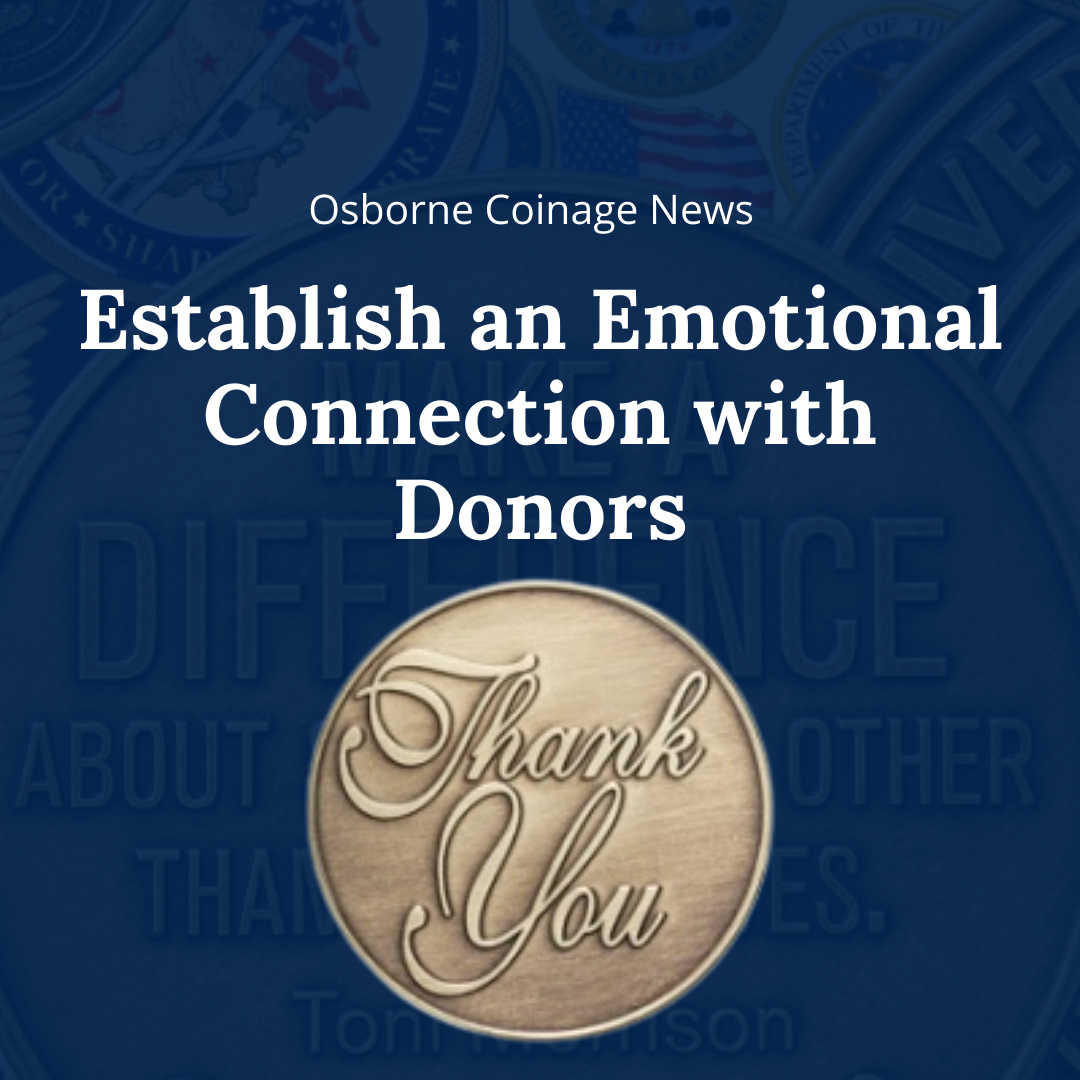 Establish an Emotional Connection with Donors 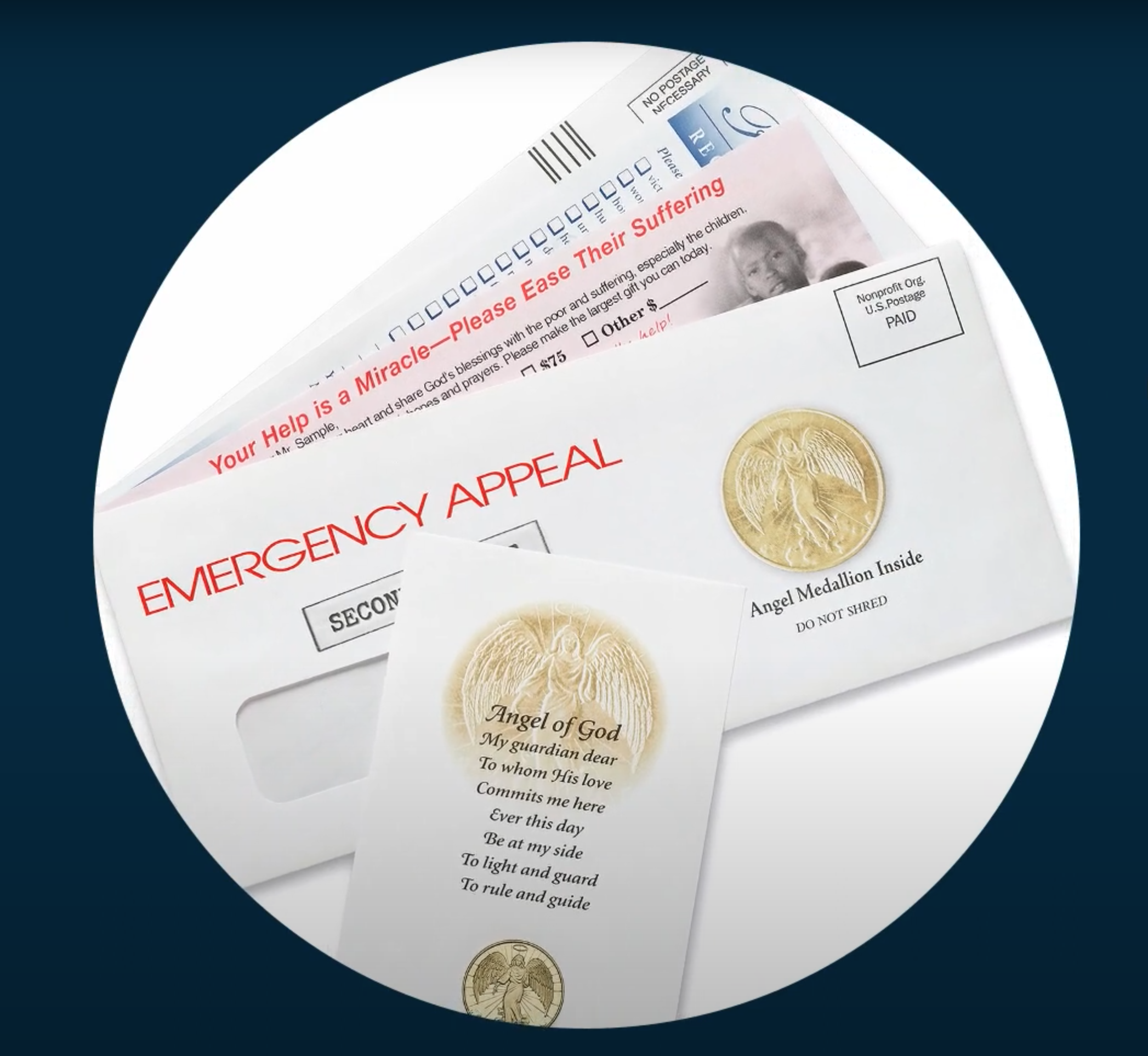 And You Thought Direct Mail Was Dead...WRONG! 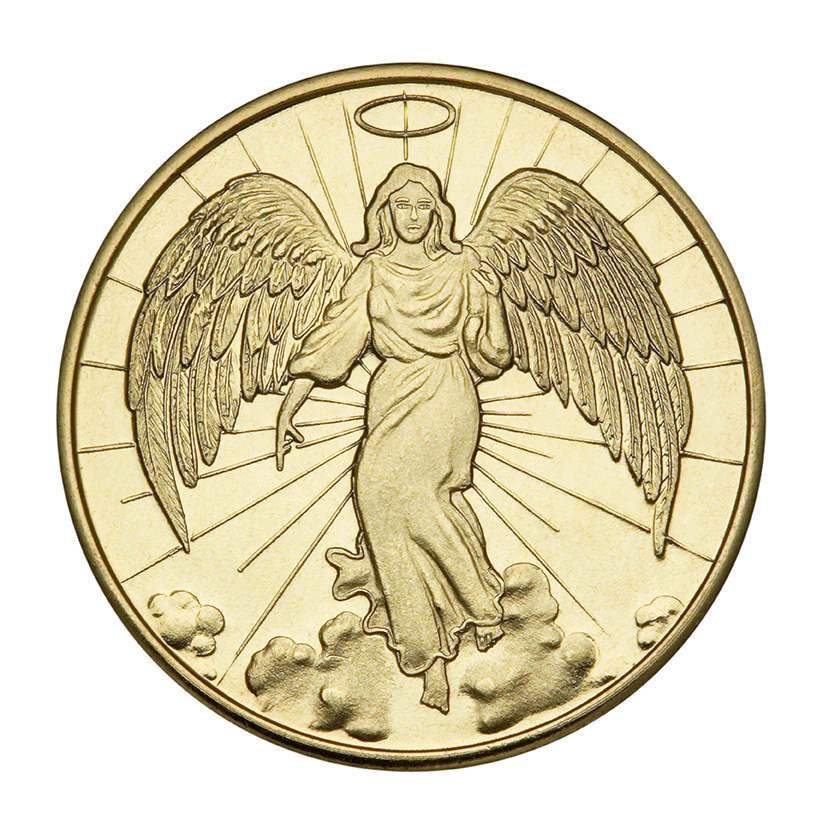