Large-scale construction projects are inherently dangerous, even with proper safety measures in place. So, when companies complete these projects with zero injuries, it is cause for celebration.

Minneapolis-based Mortenson Construction has found a way to celebrate this achievement and incent team-members to continue to practice safe behavior on future projects – personalized Safety Coins.

As Safety Manager for Mortenson, Cody Davidowski knows first-hand how important it is to incent and then reward safe practices on the job site. He's found some success with more traditional giveaways – hats, t-shirts, and other small tokens of appreciation. But he was intrigued with the idea of military coins, imprinted with the battalion or squadron logo and presented by the Commander to individuals who have distinguished themselves in some manner.

Clearly a Zero Injury worksite on a complex project like a power sub-station fulfills the criteria of "distinguishing themselves." That's how Davidowski came up with the idea of custom safety coins.

You name it, Mortenson builds it. From major energy projects to large data centers to professional sports stadiums, Mortenson does it all. Some of their projects are familiar and highly visible, such as the new "home of the Braves" – the Atlanta Braves' stadium which they will be working on along with Brasfield & Gorrie, Barton Malow Company, and New South Construction Company, as well as the many large wind-farms providing energy across the country.

With such a wide range of projects, safety is a hot-topic issue for the company. The company has a Zero Injury policy in place stating "All employees are obligated to conduct their work in a safe manner, to stop work immediately to correct any unsafe condition that is encountered, and to take corrective action so that work may proceed in a safe manner."

Each build requires very different specifications and measures to be put in place to ensure a smooth, safe construction process for everyone involved. Because of the amount of things that can go wrong, when employees go "above and beyond" in providing a safe working environment Mortenson recognizes their efforts.

A Step in a New Direction

One Mortenson division – which specializes in the design and construction of big energy projects within North America – has started recognizing employees who go "above and beyond" in their efforts at jobsite safety with custom minted coins.
The safety coins are 1.75 inches in diameter (considerably larger than a half dollar) and they weigh 43 grams (equal to nearly 4 half-dollars). They feature the division's two initial projects on the coins face - their first self-performed sub-station in Nevada in 2012 and first transmission monopole structure in Oklahoma in 2013.

“We put them (the projects) on the coins along with the Mortenson Zero Injuries emblem to signify the purpose of the safety coin, and the Mortenson company values on the back,” explained Davidowski. "We also had them engraved with each individual's name to personalize them."

The safety coins are much like a commemorative plaque, albeit much smaller and more unique. They provide a point of pride and conversation for workers who contributed to upholding the safety of the entire project. The coins are "kind of like an honor" says Davidowski. "You have to earn it."

Davidowski had 250 recognition coins minted by Cincinnati’s Osborne Coinage Company as an initial run, for a cost comparable to a t-shirt or hat.

"We have given out 120 or so," he says of the past two years of the group's existence.

The coins were initially presented at Mortenson's annual Safety Week barbecue – with individuals called up separately and recognized in front of their peers and their families. Safety Week is an industry wide movement to promote the need for quality safety supervision on construction sites and to recognize those who work toward advances in safety for the industry.

"We didn't recognize everybody, only the guys who go above and beyond," he says.

Recognition in front of family and peers, with a meaningful memento, has proven to be a powerful motivator.

Looking to the Future

So far, the safety coins have gone over extremely well.

While tokens of appreciation often come in the form of t-shirts, hats, or other small items, coins are more of a tangible honor; they say more than an everyday t-shirt can, and often hold a higher esteem in the eyes of employees.

In the future, Davidowski would like to give recipients a memento from every major project they have worked on.

"We are still trying to think about how to fully utilize these (coins) within the group." He also is looking to improve on the design of the individual tokens for future projects and awards. "I really wanted to use a helicopter on the coin; we use helicopters in our work, and everyone likes the helicopter!" 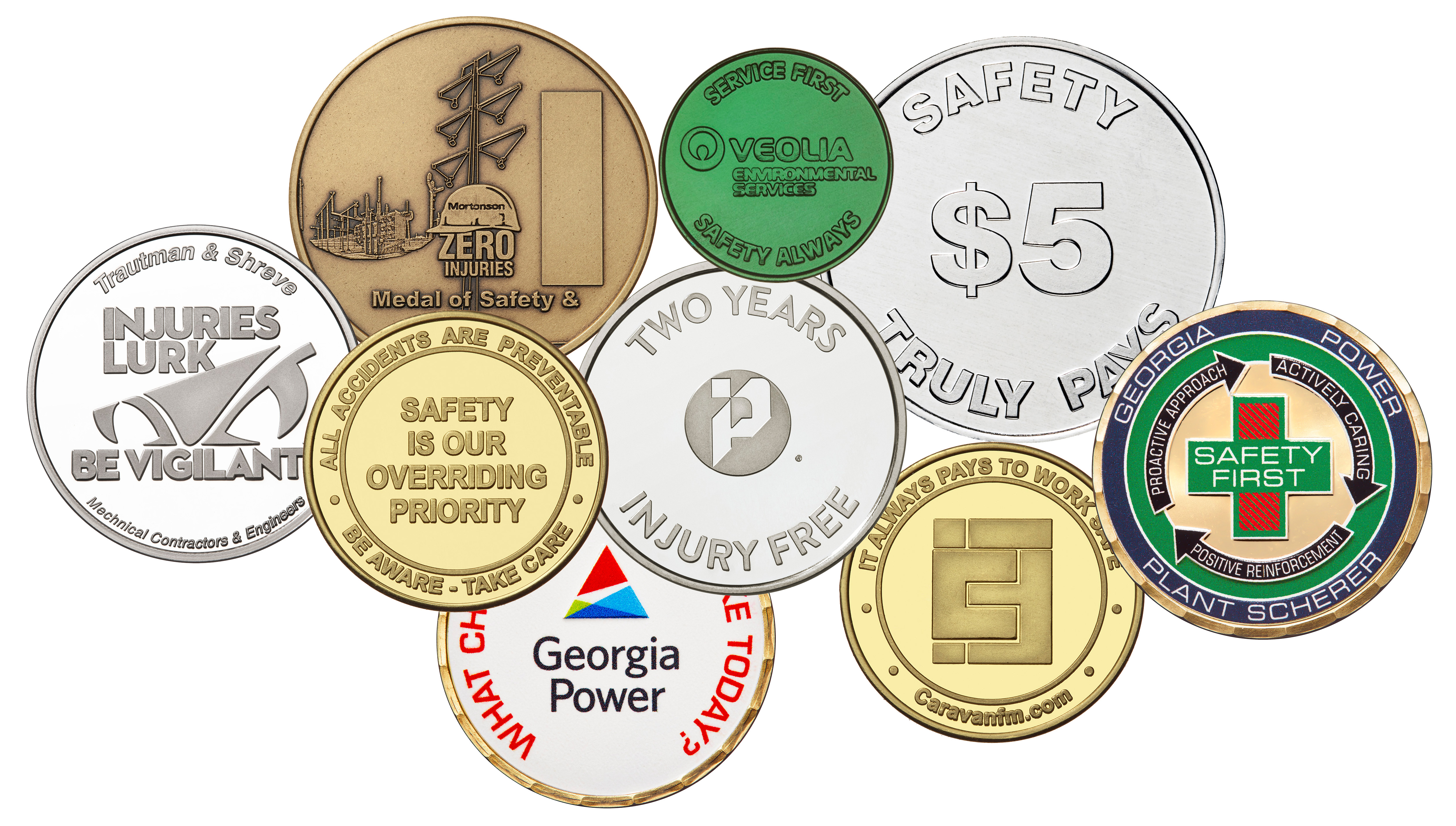 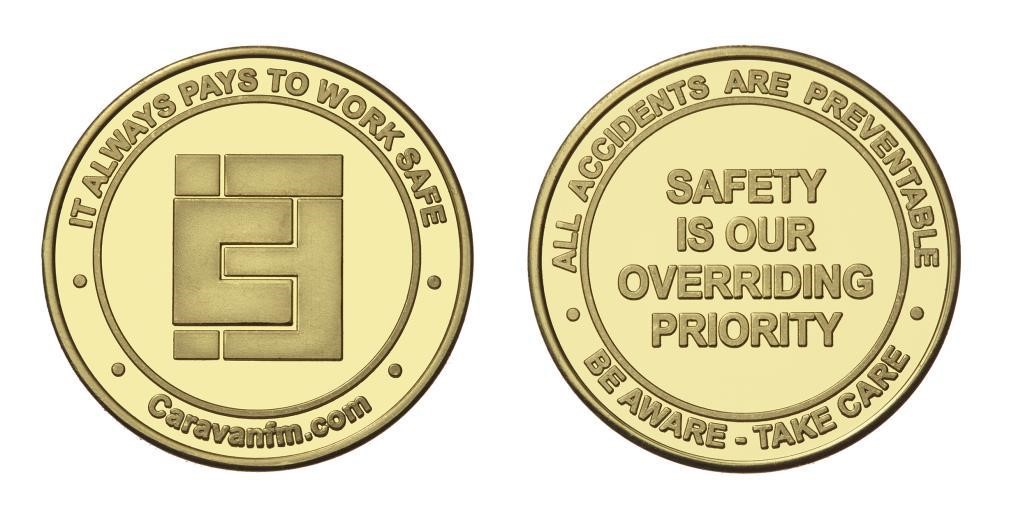